The Lost and Found Orchestra

Tim works as a musician in the Lost and Found Orchestra, performing mainly on hosepipe and traffic cone.

After the global success of their unique take on rhythm and physical theatre, Luke Cresswell and Steve McNicholas have taken the STOMP concept to a new level: where STOMP creates rhythm with everyday objects, The Lost and Found Orchestra transforms everyday objects into a plethora of invented instruments. LFO recreates every section of a symphony orchestra, using musical saws, bottles, whirly toys and traffic cones. Out of chaos is formed an orchestra… 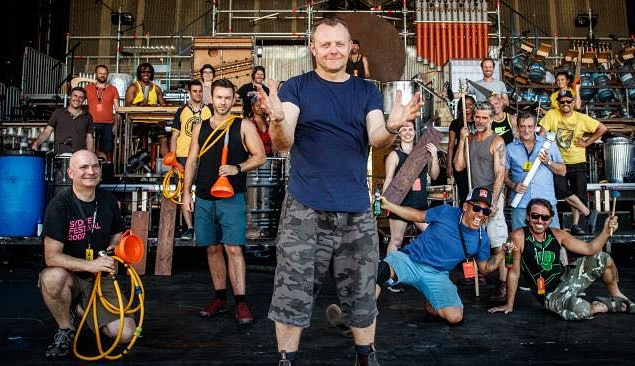 We have a date for the Brighton Fringe Festival at the Friends Meeting House. With a string quartet...

The very thought of you

Latest video looking forward too our Ela with strings concerts. Here’s a video of our latest c...

Garden in the rain

New video while we’re all in lockdown. Ela Matt and me made a video joined this time by ace of...